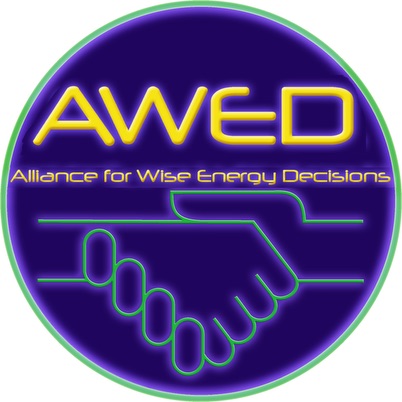 Successful, happy people typically have the wise habit of periodically stepping-back to get a broader perspective as to what’s going on in their life, and society in general.

Since we are now not only beginning a New Year, but also a New Decade, it seems that doing such a careful analysis is strongly advisable.

You’ll have to decide about the pros and cons of your own life, but here is my perspective as to what is societally going on — what I’m calling the Big Picture

On the one hand, a competent review of the last ten years would indicate that a LOT of good things have transpired. I’ve seen no better summary of this progress than:

We’ve Just Had the Best Decade in Human History. Seriously!

Please read that carefully so that you have a strong understanding of that unpublicized (and accordingly, not popularly appreciated) reality.

Based on the facts, the logical conclusion is that global citizens should be experiencing widespread happiness, satisfaction, and enthusiasm for the future.

Is that the case? Generally NO.

Well why not? Because we still have good and evil.

For example, there are diabolical, well-connected parties who have a lust for power. Citizen contentment is a major obstacle to their taking over control of the planet. The most effective way they can get people to want to change, is to make them unhappy with the way things are now…

To deal with substantial good news, their strategy is to resort to three proven tactics:

a) instill fear into the masses,
b) undermine the pillars of the current, successful society, and
c) sow societal discord.

Consider that the leader of the free world is under an intense, incessant, coordinated attack — including removal from office — primarily because of his policies.

The subversives are leaving no stone unturned to try to make the public afraid of him and his policies (e.g. his rightfully withdrawing from the Paris sham).

They claim that they are opposed to his “lying,” but the reality is that they are actually angered by the swamp-exposing truths that he has said.

1 -Willfully eroding the Judeo-Christian principles that our society was built on.
2 – Purposefully corroding our democratic form of government (a Republic).
3 – Aggressively diluting our academic system (to produce propagandized lemmings).
4 – Consciously sabotaging true Science (as it is a barrier to their agendas).
5 – Knowingly subverting our economic system (Capitalism).
6 – Deliberately undermining our Electric Grid (the foundation of our economy and national security).

What’s even worse, in all of these campaigns, these parties have no apparent standards (note #1 above) regarding truth, fairness, rights, freedoms — yet they speciously claim the moral high ground!

As mentioned, one of their main strategies for pulling off their political agenda is to sow divisiveness and discord — so that we fight among ourselves.

In this vile effort they are pitting: men vs women, whites vs minorities, young vs old, wealthy vs not-so-much, hard workers vs entitlement advocates, citizens vs immigrants, traditional religions vs secular religion, etc., etc.

Once one fully understands these attacks, it should be very clear that we are in the biggest war ever experienced in history.
—————————–

WHAT CAN YOU DO?

In the face of such adversity, it may seem that nothing YOU do will make any real difference. That is yet another lie they are feeding us, so don’t buy it! The truth is what Margaret Meade insightfully said:

“A small group of thoughtful people could change the world. Indeed, it is the only thing that ever has.”

“Prayer does not use up artificial energy, doesn’t burn up any fossil fuel, doesn’t pollute.”

My recommendation is to be aware of what is going on, and then consciously oppose the efforts of those who wish to bring us down, e.g. by actively supporting:

1 – the Judeo-Christian principles that our society was built on (e.g. more love and unity, less hate and alienation),
2 – our democratic form of government (a Republic),
3 – our academic system (to produce critical-thinking graduates),
4 – real Science (which is apolitical by definition),
5 – our economic system (while working to make it better), and
6 – our Electric Grid (by not allowing any alternative energies on it that haven’t been scientifically proven to be a NET societal benefit).

By doing all that you will be doing the Right Thing.

The world may (or may not) change because of your efforts, but your positive actions will assure you and yours of having a genuinely Happy New Year, and New Decade.

Do We Have to Destroy the Earth to Save It?

Dear Fellow Wind Warriors We know it is difficult sometimes to find the time to watch videos you see posted but we implore you to make the time to watch this one. It is only just over seventeen minutes long and we know that you will be horrified and perhaps forewarned if you are fighting your own wind battle.

Large scale battery power is nothing but a fantasy.

What is Baseload Electricity & why it is so important!

California politicians thought they could keep pouring billions of tax dollars into subsidies for solar and wind. But energy reality caught up with them.

Expert on Dangers of Wind Turbines

Down Wind is the explosive documentary that examines Ontario's controversial rush into industrial wind farm development. Produced by Surge Media, Down Wind exposes how this Canadian provinces' green energy dream turned into a nightmare for rural residents forced to live among the towering 50 storey turbines

The industrial wind industry has put a spell on state and local governments across the land. Elected officials fell desperately in love with the promise of “clean” energy carried by soft breezes. It was all so romantic they developed a bad case of googly eyes, which blinded them to some realities. Namely, renewable energy must be renewed. Wind turbine blades wear out and have to be disposed of. But nobody wants the giant wind junk clogging up their landfills. It’s already a big problem and it’s going to get a lot worse.

Why Wind Farms Are Bad for the Environment

Wolfgang Müller, General Secretary of the German organization EIKE, or The European Institute for Climate and Energy, talks about the environmental impacts of wind farms. He concludes they are detrimental to the environment.

TOO MUCH WIND! 10 Wind Turbine Fails

Wind companies claim, "it will save our schools" but already our local school districts that contain wind farms are facing budget cuts and lower enrollment every year. These families and children aren't coming back. Who ever said, "I want to move into a wind farm"?

Ohioans..don't let wind scammers do this to you and your family!!

“74-year-old Pat Spence from Barrhill in Ayrshire has to drive somewhere quiet to be able to sleep after her home was surrounded by more than 180 wind turbines.”

Evidence of seizures, stomach surgery, blind donkeys, night and then day, have to be guided to food, five dead dogs, etc. Extract from Wind Energy War On The High Plains – Infowars – April 3, 2017.

"It shouldn't be incumbent upon the residents to prove that [wind turbine noise] is unsafe. It should be incumbent on the developers to prove that it's safe." Dan Stapleton, director of Niagara County Board of Health, spoke at the Sept. 10, 2019 public health forum at Erie County Community College (North Campus). Stapleton is a leading member of the Western NY Public Health Alliance and president of the New York State County Health Officials. The event, sponsored by State Senator Robert Ortt, included speakers Rob Rand (acoustician, Institute of Noise Control Engineering); Jerry Punch (PhD, audiologist), Gary Abraham, attorney, and resident victims of wind industry.

Tom Harris: The environmental case against wind and solar power

The story of people living with 475 foot turbines for a half year:

They say its Green and Clean. The question is it?

This is from the Blue Creek Wind Project this morning. The resident said he lives in an airport. This is criminal to do to people.

This is a great listen if you want to better understand the recent history of legislation regarding industrial wind turbines in Ohio and efforts from Ohio legislators to protect and enhance our local voice in these transformational projects.

Linda Makson describes her life since 2013 when her hilltop home was surrounded by 16 industrial wind turbines. Makson: "My husband and I are suffering from wind turbine syndrome...The symptoms of stress began when the town presented the project; it only increased with each planning meeting, town board meeting, zoning board meeting

"I will never leave. I will fight them until I die." - Wind Turbine Victim

The wind companies would like you to believe that wind farms will increase your property value. Don’t believe their propaganda. Discover the hidden truths.

YouTube is a globalist, leftist organization. Leftist do not believe in the power of the individual to critically think for themselves as what to believe. The globalist are extremely frightened of the truth because it sheds light on their agenda which is to control and have power over the people. That is why you will see the reference to Wikipedia propaganda which will further espouse the globalist leftist agenda concerning man made climate change. They know the power of repetitive propaganda and its power to control the narrative if repeated over and over.

Stop using Misleading Computer Models: There is NO Climate Emergency

Please note that on YouTube, the leftist, liberal media keeps posting what global warning means. These people are losing the narrative on man-made climate change and are plastering Wikipedia's BS propaganda in their lame efforts to cover up the truth!

How Politicians Use Climate Change to Get Rich

Iberdrola, EverPower, NextEra, Apex, Swift Current…they are all talking to your Representatives…Are You?